Stepping Out in N22 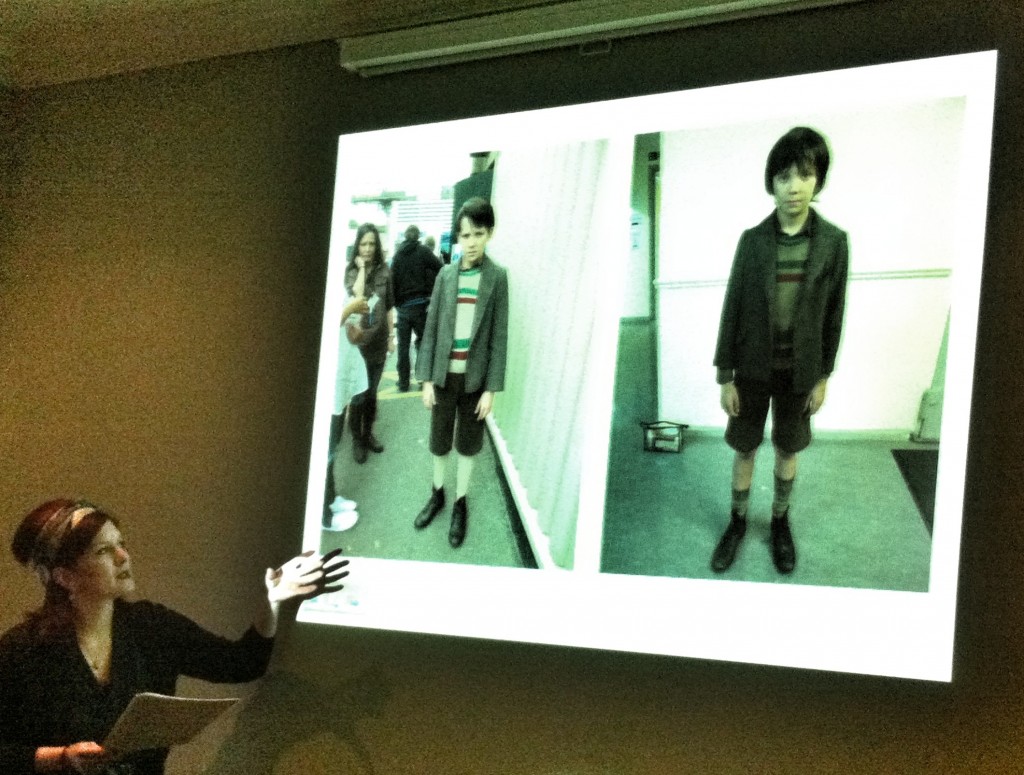 A huge thank you to everyone who came to my costume design talk at The Step last week.  You were a wonderful audience and asked some very interesting questions.

From Anne Hathway’s shoes to Brad Pitt’s trousers to filming in the snow and dressing Princess Beatrice, the real world of costume design was well and truly dissected.  I just hope I didn’t ruin the magic of filmmaking but giving away too many secrets!! 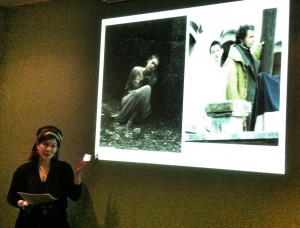 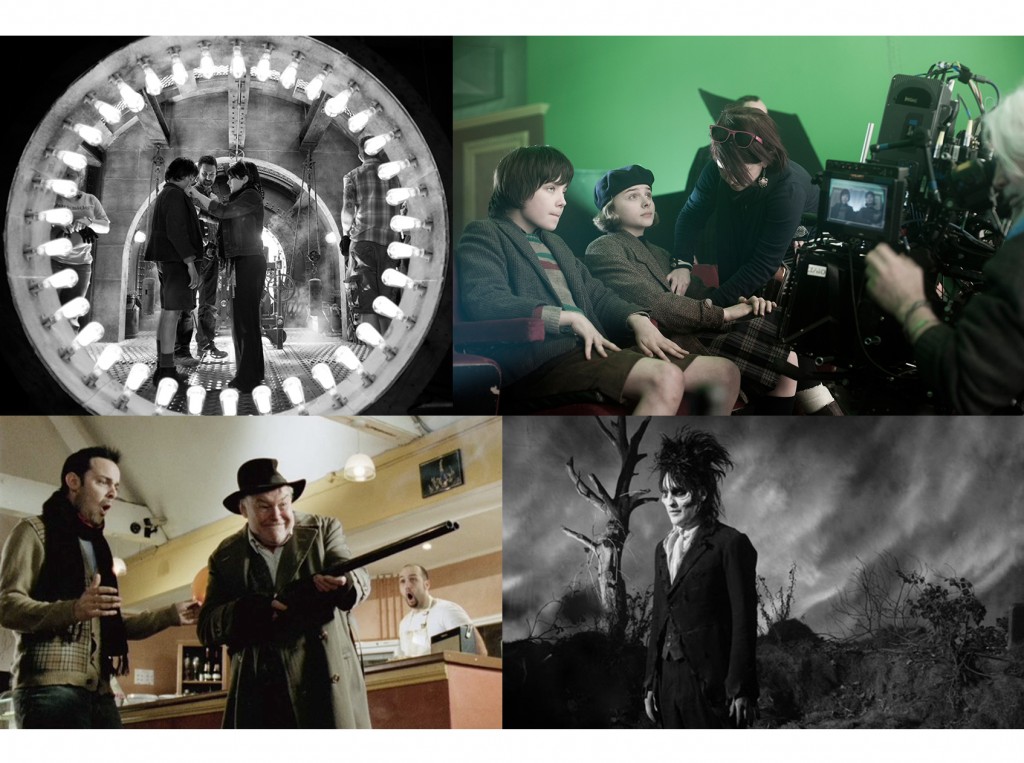 Queens, Urchins and Zombies: The Real World of Costume Design

Queen Victoria’s coronation. A rodeo in Texas. The barricade of the Paris Uprising of 1832. A post-apocalyptic street in Cardiff. I’ve really seen quite a lot over my career so far…

But what exactly does a costume designer do and what is involved in making a film come to life? And is the film industry quite as glamorous as one might think?

In my first talk at The Step, I will be giving an insight into the industry with unique behind-the-scenes stories and answers to everyone’s burning questions!

Spaces are limited so book early to avoid disappointment! £5 per ticket.

The talk will last an hour with the opportunity to ask questions after the talk.

Do You Hear The People Sing? 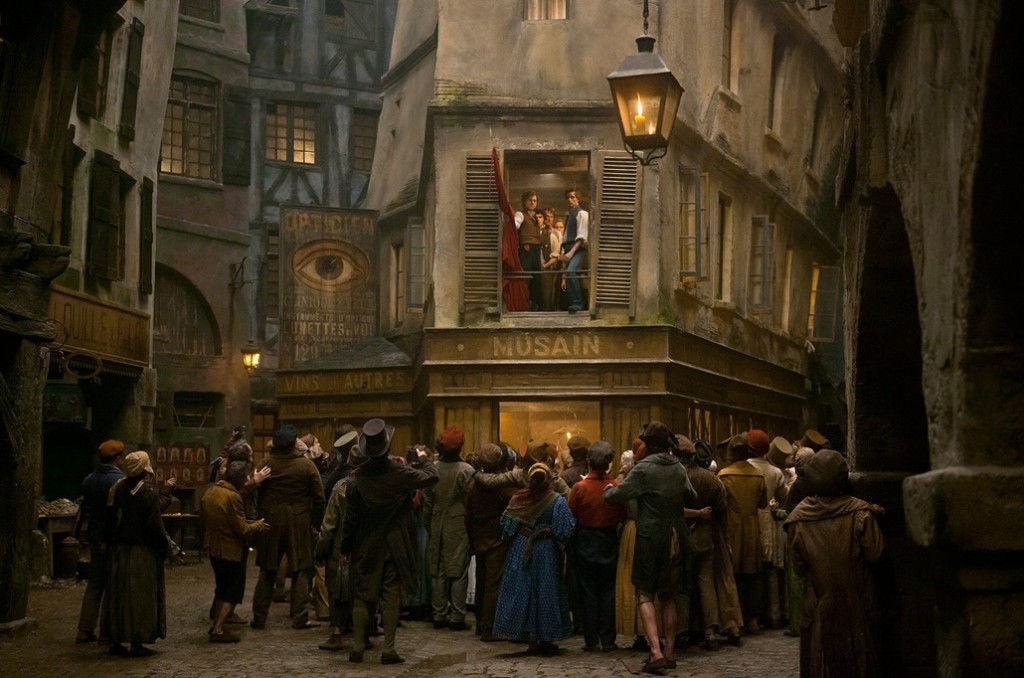 With the Oscars very, very fast approaching and Anne Hathaway pretty much guaranteed to walk away with the Best Supporting Actress gong, I find myself reminiscing back to ten months ago when I lived and breathed the songs of Les Misérables and Pinewood Studios became my second home. 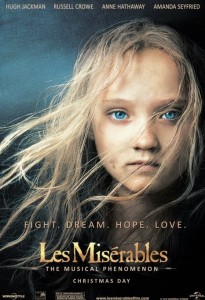 I think even then we all knew we were creating something special and that groundbreaking filmmaking was taking place before our eyes.  That’s not to say it was an easy shoot mind, but then the musical Les Misérables is far from a barrel of laughs so I guess it was to be expected!  What with tales of poverty and prostitution, dying for what you believe in and unrequited love, it’s an emotionally draining piece, and not just for the actors who have to sing the same heartbreaking songs over and over again until that perfect take.  I feel privileged to have been one of the very few who was allowed to be on set when we filmed I Dreamed I Dream and every time I heard it I found it devastatingly sad, with Hathaway bringing new meaning to a song I thought I knew so well.

I also have “fond” memories of night shoots in Winchester, watching Hugh Jackman and the delightful Isabelle Allen scale the walls on the run from Russell Crowe.  Allen was remarkable – a fearless young girl who, barefoot and dressed in the rags of young Cosette, seemed oblivious to the freezing midnight chill and the fact that she was suspended in mid air dangling from a crane.  Director Tom Hooper certainly made sure we were frequently subjected to all the elements and, if it wasn’t raining already, rest assured rain machines would appear!  Ironically Samantha Barks and Eddie Redmayne, watched on by the students behind the barricade, became saturated as they sang Little Fall of Rain and it felt terribly mean having to repeatedly wet down all the cast for the purposes of rain continuity as filming progressed.  In fact, what a myth it was the thought that it would be a relief returning to Pinewood after bitterly cold and wet filming on location, as we were confronted with the disgusting mud and dead fish that accompanied the filming of Lovely Ladies and powdery snow for the scene with Bamatabois.  As you can see from some of my photos, the final product may have looked very dramatic but we looked far from stylish filming with our protective clothing!!! 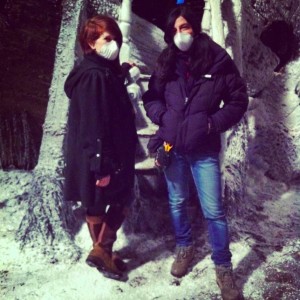 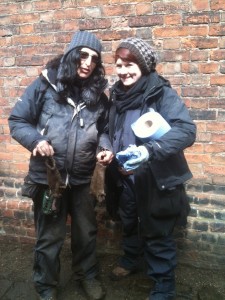 Les Misérables is a musical I have adored since I was very young and so I was desperate to be part of the costume department as soon as I heard they were transforming it from stage to screen.  It’s a tough challenge to try and recreate the costumes for characters that already have devoted fans throughout the world whilst simultaneously trying to give the story a new lease of life and I feel very proud to have gone on this journey with costume designer Paco Delgado.  I still remember the goose pimples I felt the first time the cast and crew were shown the trailer for the film.  I don’t think any of us imagined how powerful it would be – the haunting vocals, the striking visuals and the promise of something truly incredible to come.

Les Misérables has eight nominations at this weekend’s Academy Awards and I feel it a true testament to the hard work and dedication of the entire cast and crew that these nods fall across the board in both acting and technical departments.  For together we braved the barricade and took on the challenge of creating something that I am sure will live on forever as a musical phenomenon. 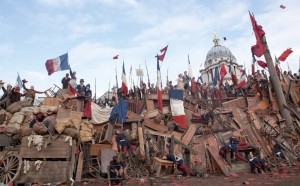 The Con is On

Picture the scene: The desert, somewhere in New Mexico.  40 degree heat (something which I usually seriously struggle to deal with). Oscar winner Colin Firth and Oscar nominated Sir Tom Courtenay in a fancy car wearing suits.  And one of the loveliest crews I have ever worked with following said car in a mini-bus…

I have very very fond memories of filming Gambit, the latest comedy caper written by the Coen brothers and directed by Michael Hoffman, and these were all the more enhanced upon seeing the film at this weekend’s screening. An off-the-wall, quirky little film with a stellar cast, the film centres around art curator Harry Deane (Colin Firth) and his plan to pull the wool over the eyes of his boss, business tycoon and millionaire Lionel Shabandar (Alan Rickman) with a fake Monet painting, a master forger (Tom Courtenay) and a rather attractive Texan rodeo queen (Cameron Diaz).

From a costume point of view, it was a pleasure to be working with designer Jenny Beavan (Sherlock Holmes, Gosford Park, A Room With A View…), and even more so on something other than a period drama! Never did I think we would all become so obsessed with cowboy boots and Stetsons.  And there was a never-ending amount of hilarious moments during filming, from the Japanese contingent in their Kabuki masks at the Venetian ball to Cameron strutting around in her (purposefully tacky) animal-print knickers and non-matching bra in the Savoy scenes.  There were challenging moments too, for example, when filming Colin and Tom sat in the pouring rain outside Shabandar’s office –  familiar London showers combined with a rain machine is never going to be pleasant.

There are so many films that take themselves far too seriously and it was somewhat refreshing to work on this light hearted comedy, complete with live karaoke, monkeys riding dogs and Alan Rickman naked. Certainly made a change from all those corsets… 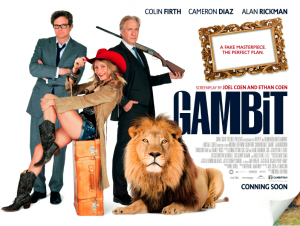 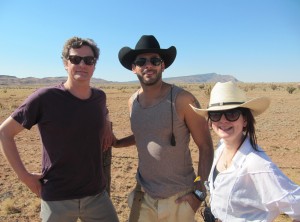 There once was a girl, who had a little curl… And this wonderfully talented and inspirational girl opened a rather beautiful shop in Margate that sells a vast array of gorgeous photographs in a variety of different forms.  Framed images, cushions, tote bags, greeting cards…  You name it.  She’s made it.

And now, I’m rather excited to report that Curl About Town also sells illustrations by yours truly.

The shop can be found on the picturesque Margate Harbour Arm, opposite Margate Old Town Hall and a few seconds walk from the Turner Contemporary.  A lovely place for a day trip, whatever the weather, made all the more worthwhile now that there are Designed by Sheara illustrations to have a look at.

And if you want something you don’t see displayed in Curl About Town’s quirky little shop, do get in touch.  Commissions always taken. 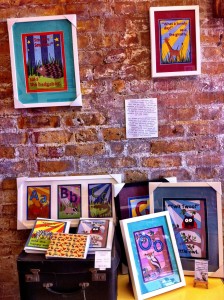 I decided to head up to Fairfield Park in Stotfold to see what the good people up there thought of my illustrations. It’s a charming place inhabited by lots of yummy mummies with posh prams and toddlers running around in trendy little outfits. And, to my delight, my frames and greeting cards seemed to go down rather well.

Very much inspired by the super lovely folk I spoke to at the Mums and Babies Fayre, my head is buzzing with ideas for new ranges.  And worry not Stotfold – hopefully I’ll be back later in the year for Christmas. 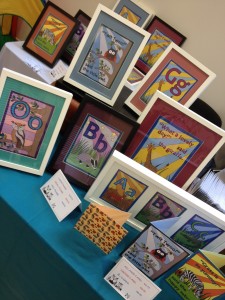 Welcome to my new, bright and shiny website! Expect lots more chat from me, about all things art, film and theatre related… Now that I’ve got a blog, there’s no stopping me!!