The Gardeners Go To War…

The nature of my work means that I get to work on a whole variety of projects, from incredibly high budget studio films to smaller scale shoots, trekking through woodland in the middle of the night, or boiling in the heat in the middle of an exposed field, and everything in between. But that’s why I do it and love it, because you never know what’s going to come next. 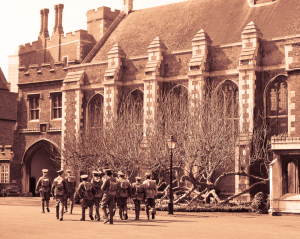 Take the small shoot I did recently with the team at Roots and Shoots in South London. The film tells the story of gardeners in London at the start of World War I being called up to fight for their country and the effect it had on both their loved ones and the beautiful gardens they left behind.  The film was made to accompany the garden created by Roots and Shoots currently being displayed at the RHS Chelsea Flower Show.  Filmed in Lambeth in one of the most exquisite gardens I’ve seen for a long while, the production team (producer Marc Hankins, director Chris Cronin and DOP Alex Stone) did a fantastic job making this newsreel-style, sepia film feel authentic and atmospheric and the young adults in the film (students and staff from Roots and Shoots, with no previous acting experience, some of whom helped to create the garden exhibit at Chelsea) gave endearing performances and were a joy to work with. 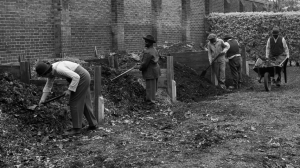 These gorgeous photographs, taken by Marc Hankins, are only a taster of what the team managed to achieve with very little time and an incredibly small budget.  I feel very proud to have worked on this project, with such an enthusiastic group of people, and truly am glad that opportunities like this come my way.

For more information about Roots and Shoots and to see the film itself visit: 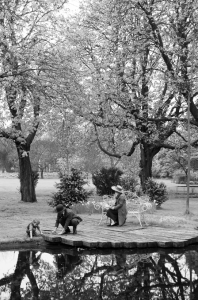 You Shall Go To The BallMitford Eve