“The frequenters of drag balls had more in common with the Tudors than you would think. They both liked their clothes schmancy: they both liked to quench their thirsts; they both appreciated the finer things in life; and they both fought the Black Death.”

So said The Amy Grimehouse when advertising their recent event inspired by Paris Is Burning, the American documentary film chronicling the ball culture of New York City in the late 80s and the African-American, Latino, gay, and transgender communities involved in it.

And what better way to pay homage to this invaluable piece of film making than by hosting a drag ball at the grade II listed Tudor Manor, the National Trust’s Sutton House.  The masses arrived in their corsets and codpieces to indulge in cocktails, voguing workshops, portraiture sessions and a club night that had them strutting their ruffs into the early hours of the morning. 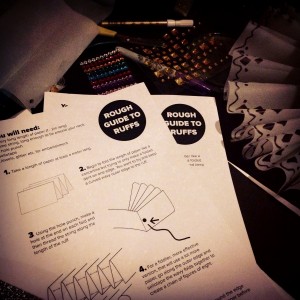 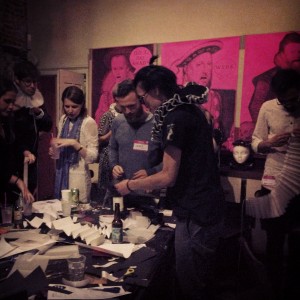 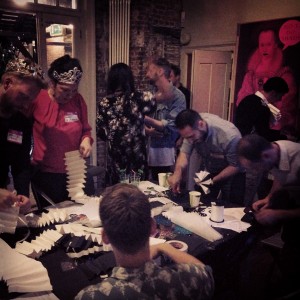 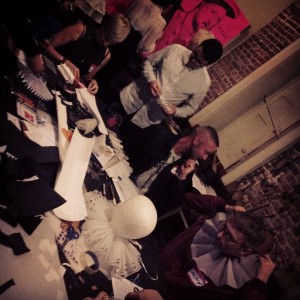 For those wishing to enhance their already remarkable attire with an accessory or two, I was on hand to lead a Tudor arts and crafts session, where ruffs and crowns were fashioned out of paper, glitter and jewels.  And, then in their newly adorned splendour, revellers teamed up to sashay down the catwalk to compete for the ultimate prestige of being true queens of the ball.  Delighted to have been asked to join the judging panel, I assessed participants on the realness of their drag, the beauty of their costumes and their dancing ability, although no one disappointed and high scores were thrown all over the dance floor. 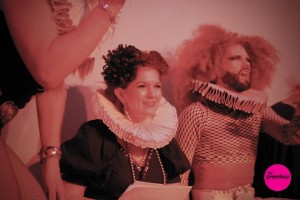 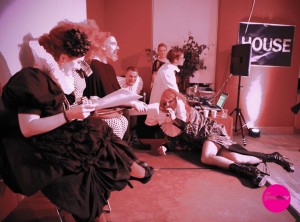 Hosted by John Sizzle with irrepressible energy and perfect putdowns, the evening brought out the inner Willie Ninja in even the most unexpected of characters and special mention should go to the magnificent Legs and Coq who astounded us with their daring dance moves and made us all wish we could pull off six-inch heels and waist-cinchers with the same aplomb.

In the words of The Amy Grimehouse themselves, it was just like 1535, but with more Cheryl Lynn.  And who would have thought the 16th century would be so decadently fabulous. 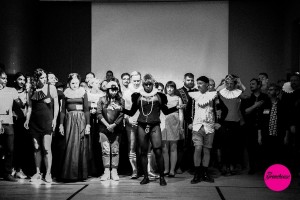 48 Hours Till ShowtimeYou Shall Go To The Ball